Venous thromboembolism (VTE) is highly associated with advanced gastric cancer (AGC) and is sometimes lethal. Predictors of VTE have not been identified, and the efficacy and safety of direct oral anticoagulants (DOACs) for AGC-associated VTE remain to be clarified.

A total of 188 AGC patients who started chemotherapy during the period from January 2014 to December 2017 in our institutions were retrospectively examined for the incidence of VTE, risk factors for VTE, and the efficacy and safety of DOAC-based anticoagulant therapy for VTE.

Thirty-four patients (18%) were diagnosed with VTE at the start or during the course of chemotherapy (VTE group). More VTE group patients had a history of abdominal surgery and had moderate–severe ascites (32% versus 17%, 32% versus 14%, respectively) than non-VTE group patients (NVTE group). The mean serum albumin concentrations in the VTE group were significantly lower than NVTE group (3.38 mg/dL vs 3.65 mg/dL, respectively). Multivariate analysis showed that hypoalbuminemia was significantly correlated with VTE (P = 0.012). In the VTE group, 29 patients (85%) received anticoagulant therapy, including 24 patients treated with DOACs. No lethal VTE was observed in any patients. Thirteen patients (45%) terminated DOACs because of anemia or bleeding events, of whom eleven developed major bleeding. Median overall survivals of the VTE and NVTE groups were 9.63 months and 11.5 months, respectively (P = 0.262). 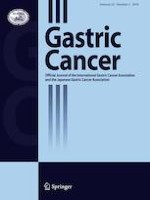