In cancer progression, hypoxia, or low oxygen tension, is a major regulator of tumor aggressiveness and metastasis. However, how cancer cells adapt to the hypoxia and communicate with other mesenchymal cells in microenvironment during tumor development remains to be elucidated. Here, we investigated the involvement of exosomes in modulating angiogenesis and enhancing metastasis in esophageal squamous cell carcinoma (ESCC).

Differential centrifugation, transmission electron microscopy and nanoparticle tracking analysis were used to isolate and characterize exosomes. Colony formation and transwell assay were performed to assess the proliferation, migration and invasion of human umbilical vein endothelial cells (HUVECs). The tube formation assay and matrigel plug assay were used to evaluate the vascular formation ability of HUVECs in vitro and in vivo respectively. An in vivo nude mice model was established to detect the regulatory role of exosomes in ESCC progression. Microarray analysis was performed to analyze the transcriptome profiles in HUVECs. 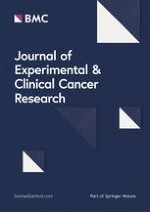 HOXD9 promotes the growth, invasion and metastasis of gastric cancer cells by transcriptional activation of RUFY3