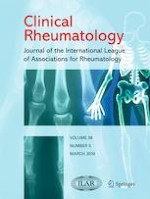 MicroRNA-132, miR-146a, and miR-155 as potential biomarkers of methotrexate response in patients with rheumatoid arthritis

Anti-RNP/Sm antibodies in patients with systemic lupus erythematosus and its role in thrombosis: a case-control study