To evaluate the mandible and tibia of rats treated with bisphosphonates (BPs) by imaging and histomorphometric analysis.

According to our results, we conclude that (1) BD was not altered by bone type or by type of BP administered, and (2) treatment with zoledronic acid or clodronate did not affect BV in the mandible or tibia of test groups. 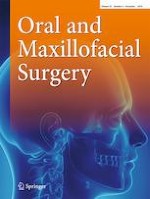 Dental implants in patients with epidermolysis bullosa: a systematic review

Proximity of the maxillary artery to the neck of the mandibular condyle: anatomical study

Effects of laterality on esthetic preferences of orthodontists, maxillofacial surgeons, and laypeople regarding the lip position and facial convexity: a psychometric clinical trial