Introducing a new surgical technology may affect behaviors and attitudes of patients and surgeons about clinical practice. Robot-assisted laparoscopic radical prostatectomy (RALP) was approved in 2012 in Japan. We investigated whether the introduction of this system affected the treatment of organ-confined prostate cancer (PCa) and the use of radical prostatectomy (RP).

We conducted a retrospective multicenter study on 718 patients with clinically determined organ-confined PCa treated at one of three Japanese academic institutions in 2011 (n = 338) or 2013 (n = 380). Two patient groups formed according to the treatment year were compared regarding the clinical characteristics of PCa, whether referred or screened at our hospital, comorbidities and surgical risk, and choice of primary treatment.

Distribution of PCa risk was not changed by the introduction of RALP. Use of RP increased by 70% (from 127 to 221 cases, p < 0.0001), whereas the number of those undergoing radiotherapy or androgen deprivation therapy decreased irrespective of the disease risk of PCa. Increased use of RP (from 34 to 100 cases) for intermediate- or high-risk PCa patients with mild perioperative risk (American Society of Anesthesiologists score 2) accounted for 70% of the total RP increase, whereas the number of low- or very low-risk PCa patients with high comorbidity scores (Charlson Index ≥ 4) increased from 8 to 25 cases, accounting for 18%. Use of expectant management (active surveillance, watchful waiting) in very low-risk PCa patients was 15% in 2011 and 12% in 2013 (p = 0.791).

Introduction of a robotic surgical system had little effect on the risk distribution of PCa. Use of RP increased, apparently due to increased indications in patients who are candidates for RP but have mild perioperative risk. Although small, there was an increase in the number of RPs performed on patients with severe comorbidities but with low-risk or very low-risk PCa. 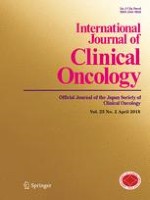