The online version of this article (https://​doi.​org/​10.​1007/​s00277-020-03932-8) contains supplementary material, which is available to authorized users.
Juan Carlos Hernández-Boluda and Mar Tormo contributed equally to this work.

Azacitidine (AZA) is a DNA hypomethylation agent administered in myeloid neoplasms; however, there is still a lack of established predictors of response. We studied 113 patients with myelodysplastic syndromes (n = 85) or acute myeloid leukemia (n = 28) who received AZA to assess the predictive value on response of clinical features, cytogenetics, and molecular markers. Overall, 46 patients (41%) responded to AZA. Platelet doubling after the first AZA cycle was associated with a better response (68% vs. 32% responders, P = 0.041). Co-occurrence of chromosome 7 abnormalities and 17p deletion was associated with a worse response (P = 0.039). Pre-treatment genetic mutations were detected in 98 patients (87%) and methylation of CDKN2B and DLC-1 promoters were detected in 50 (44%) and 37 patients (33%), respectively. Patients with SF3B1 mutations showed a better response to AZA (68% vs. 35% responders, P = 0.008). In contrast, subjects with mutations in transcription factors (RUNX1, SETBP1, NPM1) showed a worse response (20% vs. 47% responders, P = 0.014). DLC-1 methylation pre-treatment was associated with poor clinical features and its reduction post-treatment resulted in a better response to AZA in MDS patients (P = 0.037). In conclusion, we have identified several predictors of response to AZA that could help select the best candidates for this treatment. 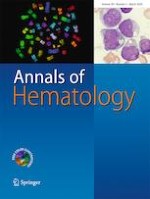