In states that have passed medical marijuana laws (MMLs), marijuana use (MU) increased after MML enactment among people ages 26 and older, but not among ages 12–25. We examined whether the age-specific impact of MMLs on MU varied by gender. Data were obtained from the 2004–2013 restricted-use National Survey on Drug Use and Health, aggregated at the state level. The exposure was a time-varying indicator of state-level MML (0 = No Law, 1 = Before Law, 2 = After Law). Outcomes included past-month MU prevalence, daily MU prevalence among past-year users (i.e., 300+ days/year), and past-year marijuana use disorder (MUD) prevalence. Linear models tested the state-level MML effect on outcomes by age (12–17, 18–25, 26+) and gender. Models included a state-level random intercept and controlled for time- and state-level covariates. Past-month MU did not increase after enactment of MML in men or women ages 12–25. Among people 26+, past-month MU increased for men from 7.0% before to 8.7% after enactment (+ 1.7%, p < 0.001) and for women from 3.1% before to 4.3% after enactment (+ 1.1%, p = 0.013). Among users 26+, daily MU also increased after enactment in both genders (men 16.3 to 19.1%, + 2.8%, p = 0.014; women 9.2 to 12.7%, + 3.4%, p = 0.003). There were no statistically significant increases in past-year MUD prevalence for any age or gender group after MML enactment. Given the statistically significant increase in daily use among past-year users aged 26+ following enactment, education campaigns should focus on informing the public of the risks associated with regular marijuana use. 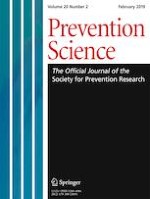 Marijuana Use among Adolescents and Emerging Adults in the Midst of Policy Change: Introduction to the Special Issue

Correction to: When Marijuana Is Used before Cigarettes or Alcohol: Demographic Predictors and Associations with Heavy Use, Cannabis Use Disorder, and Other Drug-related Outcomes

Adolescent Marijuana Use, Marijuana-Related Perceptions, and Use of Other Substances Before and After Initiation of Retail Marijuana Sales in Colorado (2013–2015)