Clinico-pathological data of all patients who received RC between 1996 and 2015 were retrospectively collected. Only patients with RC for muscle-invasive bladder cancer were included in the final analysis. Short-term (30-day) postoperative complications were assessed by registering the Clavien–Dindo classification (CDC) and dividing into sub-groups: low-grade (LGC) CDC 1–2 and high-grade (HGC) CDC 3–5. To compare populations with similar age, comorbidities and preoperative creatinine, we used a propensity score-adjusted statistical model. Pre- and perioperative predictors of short-term complications were identified using uni- and multivariable models. Survival was assessed using Kaplan–Meier analysis.

A total of 491 patients undergoing RC were included, of whom 102 (20.8%) received NAC. After propensity score covariate adjustment, there was no significant difference in postoperative complications between patients undergoing NAC plus RC and RC alone with an overall complication rate of 69% and 66%, respectively. No significant differences in the 30-day HGC rates (11.76% and 11.83%, respectively) were observed. NAC plus RC patients had worse prognostic factors at baseline; nevertheless, after correction for group differences OS and CSS did not differ from RC only group (5-year OS 61.3% vs. 50.2%, and 5-year CSS 61.8% vs. 57.9% respectively, p > 0.05 for all).

In appropriately selected patients, exposure to NAC is not associated with increased short-term complications. 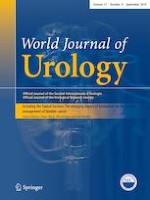