Delayed hyponatremia can occur after pituitary surgery, resulting in prolonged hospitalization. However, the influence of surgical factors after such a procedure has not been well established. The impact of surgery and related factors on delayed hyponatremia was investigated.

Delayed hyponatremia is a well-known postoperative complication occurring after transsphenoidal pituitary tumor surgery. It results from temporal derangement of endocrine function, including cortisol deficiency and inappropriate secretion of antidiuretic hormone (ADH), during the postoperative period [1‐3]. Development is generally noted on postoperative day (POD) 4–10, with rates of incidence reported to range from 8–35% [3‐12], and affected patients can present various clinical manifestations. Previous studies have found that delayed hyponatremia is a common cause of prolonged hospitalization and/or unexpected readmission after hospital discharge in transsphenoidal pituitary tumor surgery cases [3, 13]. Therefore, identification of patients at risk of delayed hyponatremia is important to decrease the incidence of unexpected readmission or prolonged hospital stay.
Commonly reported causes of delayed hyponatremia following an operation include syndrome of inappropriate secretion of antidiuretic hormone (SIADH) and syndrome of inappropriate anti-diuresis (SID), an SIADH like-phenotype with suppressed arginine vasopressin (AVP) (constitutive activation of V2 receptor), cerebral salt-wasting syndrome, exogenous desmopressin administration, hypocortisolemia, and hypothyroidism [10, 14‐20]. However, the precise etiology often remains unknown because SIADH and cerebral salt-wasting syndrome are difficult to distinguish [2, 12, 21]. Although the clinical course of affected patients is transient, delayed hyponatremia occurring after transsphenoidal surgery (TSS) requires additional hospital care [13].
Anzeige
In patients who undergo TSS, delayed hyponatremia is not easily recognized and the clinical course is difficult to predict. Most mild cases are asymptomatic, or show non-specific symptoms such as nausea and vomiting, and become symptomatic only if the sodium level drops below 120 mEq/L. [22, 23], while <105 mEq/L is associated with a mortality rate of >50% [24]. Therefore, symptomatic patients require hospitalization so as to prevent neurological complications [7, 25]. Several clinical studies have been conducted to identify reliable predictors of delayed hyponatremia, though no consensus regarding which factors, especially the influence of surgery, are associated with the greatest risk has been reached [7, 10, 26].
The present study was conducted as a retrospective review of our experience with cases of endoscopic endonasal TSS for a nonfunctioning pituitary adenoma (NFPA), with focus on surgical influence and identification of factors having effects on delayed hyponatremia.

Approval from our institutional research ethics board was obtained for this retrospective study (authorization number 2652). Data from the medical records of 137 consecutive patients who underwent endoscopic endonasal TSS for treatment of an NFPA from November 2008 to January 2019 were analyzed. After receiving informed consent from each, tumor samples were collected and evaluated. All surgeries were performed by a single experienced neurosurgeon who had experience with more than 360 cases of TSS.

Demographic data (age, gender, body mass index), preoperative data (comorbidities, smoking habit, hormonal assessment), preoperative sodium and postoperative nadir sodium concentrations, pituitary tumor characteristics (size, cell type), intraoperative data (extent of resection, operation time, blood loss volume, cerebrospinal fluid leakage, tumor consistency), postoperative data [imaging assessment of hematoma, hyperintensity of pituitary posterior lobe shown by sagittal T1WI, meningitis, diabetes insipidus (DI), hormonal assessment] were retrospectively collected for 137 patients who underwent endoscopic endonasal surgery for removal of an NFPA. Because of the low number of patients with a functioning pituitary adenoma, those were excluded from the present analysis. During the same period, there were 27 patients with functioning pituitary adenomas, of whom only six had delayed hyponatremia. Because of this small number, there was no statistical power and patients with a functioning pituitary adenoma were excluded from the present analysis. The mechanism of delayed hyponatremia may differ between non-functioning and functioning pituitary adenomas, thus only cases with an NFPA were examined to evaluate the impact of surgical factors on delayed hyponatremia. For this study, delayed hyponatremia was defined as a serum sodium concentration ≤135 mEq/L on or after POD 3, while the degree of hyponatremia was evaluated and divided into mild (131–135 mEq/L), moderate (126–130 mEq/L), and severe (≤125 mEq/L) grade.
Anzeige

All patients were assessed preoperatively using the protocol of our institution for TSS for an NFPA. Patients with adrenocorticotropic hormone (ACTH) or thyroid-stimulating hormone deficiency underwent adequate replacement with hydrocortisone and levothyroxine prior to the operation. Sex and growth hormones were not replaced before surgery even when a deficiency was identified during the preoperative evaluation.

Anesthesia was induced with a single injection/continuous infusion of propofol and continuous infusion of remifentanil, then maintained by target-controlled infusions of propofol and remifentanil. Orotracheal intubation was facilitated by use of rocuronium, with no additional muscle relaxants administered thereafter. Mean arterial pressure was maintained within a range of 20% of the preoperative value. All patients received 100 mg of hydrocortisone as a steroid supplement and antibiotics intravenously.
Intraoperative volume replacement was performed based on blood loss and urine output at the discretion of the attending anesthesiologist. Surgical influence, such as operation time, extent of resection, blood loss, and intraoperative cerebrospinal fluid leakage, was evaluated. At the end of the operation, all patients were transferred to the intensive care unit after undergoing postoperative computed tomography scans of the brain immediately after surgery before emergence from anesthesia.

All patients underwent endoscopic endonasal transsphenoidal procedures with neuronavigation guidance and visual evoked potential, as well as motor-evoked potential monitoring. After performing a sphenoidotomy individually tailored according to the extent of the tumor, the sella bone was removed. then the dura mater was incised with caution to prevent damage to the pituitary gland. The tumor was removed as much as possible with preservation of the pituitary gland and pituitary stalk. A firm tumor was defined when the tumor could not be removed with curetting and suction, and thus required a sharp dissection [27]. Following removal, Gelfoam® was applied to prevent postoperative hemorrhaging and low-flow cerebrospinal fluid (CSF) leakage. In cases with high-flow CSF leakage and a large sella defect, pedicled vascularized nasoseptal flap reconstruction was required for repair. A sinus balloon was inserted to fix the reconstructed sella floor for several days without lumbar drainage.

Sodium chloride solution (0.9%) was given as maintenance fluid postoperatively in all cases, with an infusion rate of 80 mL/h on POD 0 that was reduced to 40 mL/h on POD 1–2, with infusions of fluid usually stopped on POD 3. In patients with pneumocephalus or meningitis, fluid infusion was continued until symptoms improved and finally stopped after confirmation of their disappearance. All patients received 200 mg of hydrocortisone intravenously on POD 0–1 and 100 mg on POD 2, then oral hydrocortisone medication at 50 mg/day on POD 3–4 and 30 mg/day on POD 5–7. When a patient had hypopituitarism or ACTH deficiency, 30 mg/day of hydrocortisone was administered until hypoadrenalism disappeared. In those with permanent hypoadrenalism, hydrocortisone medication at an appropriate dose was continued. For patients who demonstrated DI, desmopressin acetate hydrate was used until its disappearance. Test results for a diagnosis of ACTH deficiency were evaluated at three months after surgery. ACTH deficiency was defined as a morning serum cortisol concentration below 5 μg/dL with a low to normal serum concentration of ACTH. Transient DI was defined as complete symptom resolution in patients shown in subsequent follow-up appointments for up to six months, while those with sustained symptoms requiring use of desmopressin acetate hydrate beyond six months were considered to have permanent DI.

All procedures with human participants were performed based on the ethical standards of an institutional or national research committee, and in accordance with either the 1964 Declaration of Helsinki and its later amendments, or comparable ethical standards. For this type of retrospective study, formal consent was not required. This study was approved by the Nara Medical University Ethics Committee (authorization number 2652). 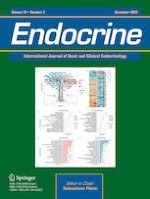