Controversy exists over the Sixth Edition of the International Union Against Cancer (UICC) TNM staging system for esophageal cancer. Inclusion of additional information such as the number of metastatic lymph nodes and extracapsular lymph node invasion may improve the current staging system and lead to optimization of patient treatment.

All patients in Adelaide who underwent resection for esophageal cancer between 1997 and 2007 were identified from a prospective database. Two independent observers then reexamined all pathology slides from the original resection. Univariate and multivariate analysis was performed to identify significant prognostic factors. The goodness of fit and accuracy of additional prognostic factors were assessed, and the staging system was modified according to this information.

There were 240 patients (mean age, 62 years) who met the inclusion criteria. The 5-year overall survival rate was 36% (median, 24 months). Only histological grade and a refined pN stage were found to be independent prognostic factors that could then be used to improve current TNM staging. Subdivision of pN stage into three groups (0, 1–2, and >2 positive nodes) showed significant differences in 5-year survival between all three groups: 53% vs 27% vs 6%, respectively (P < .01). The optimal staging model was the same for patients who received neoadjuvant therapy and surgery (n = 116), and those who underwent surgery alone (n = 124).

A staging model that incorporates a refined pN stage and histological grade appears to be more accurate than the current UICC-TNM staging system. This staging model is still applicable in patients who receive neoadjuvant therapy. 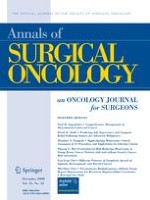 The Intraductal Approach to Breast Cancer