Fatigue is among the most disabling symptoms in patients with multiple sclerosis (PwMS). The common distinction between cognitive and motor fatigue is typically incorporated in self-rating instruments, such as the Chalder Fatigue Questionnaire (CFQ), the Fatigue Scale for Motor and Cognitive Functions (FSMC) or the Modified Fatigue Impact Scale (MFIS). The present study investigated the factor structure of the CFQ, the FSMC and the MFIS utilizing exploratory (EFA) and confirmatory factor analysis (CFA) as well as exploratory structural equation modeling (ESEM). Data of 1.403 PwMS were analyzed, utilizing four samples. The first sample (N = 605) was assessed online and split into two stratified halves to perform EFA, CFA, and ESEM on the CFQ and FSMC. The second sample (N = 293) was another online sample. It served to calculate CFA and ESEM on the CFQ and FSMC. The third sample was gathered in a clinical setting (N = 196) and analyzed by applying CFA and ESEM to the FSMC. The fourth sample (N = 309) was assessed in a clinical setting and allowed to run a CFA and ESEM on the MFIS. Proposed factor structures of all questionnaires were largely confirmed in EFA. However, none of the calculated CFAs and ESEMs could verify the proposed factor structures of the three measures, even with oblique rotation techniques. The findings might have implications for future research into the pathophysiological basis of MS-related fatigue and could affect the suitability of such measures as outcomes for treatment trials, presumably targeting specific sub-components of fatigue. 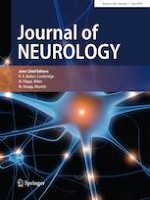