Roux-en-Y gastric bypass (RYGB) is one of the best-known and most commonly performed bariatric procedures. However, this procedure carries infrequent but serious long-term complications, which may require revisional procedures. This study reports the indications and outcomes of gastric bypass reversal that have not been described well in the literature.

A multicenter retrospective study of 50 patients who underwent reversal of RYGB conducted between 2006 and 2015 was reviewed to describe the usual indications and outcomes of gastric bypass reversal surgeries.

Gastric bypass reversal is a reasonable and safe treatment for complications arising from the GBP surgery. A laparoscopic approach is feasible in select patients. 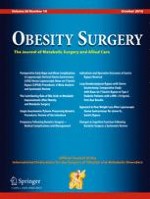 Retraction Note: Use of Barbed Sutures in Bariatric Surgery. Review of the Literature