Assessment of kidney function evolution after 90Y-DOTATOC peptide receptor radionuclide therapy (PRRT) with capped activity administration based on a 37-Gy threshold of biological effective dose (BED) to the kidney.

In a prospective phase II study, patients with metastasized neuroendocrine tumours were evaluated for therapy using 185 MBq 111In-pentetreotide with amino acid coinfusion. Planar whole-body images were acquired at four time-points after injection and kidney volumes were measured using CT/MRI. BED to the kidneys was estimated using an extended BED formula and biexponential renal clearance. Based on published BED dose–toxicity relationships, we allowed a maximal kidney BED of 37 Gy; if the calculated BED exceeded 37 Gy, treatment activity was reduced accordingly. Kidney function was assessed at baseline and at 18 months, predominantly using 51Cr-EDTA. The rate of renal function decline was expressed as annual glomerular filtration rate loss (aGFRL).

Only 22 of 50 patients reached the 18-months time-point, with most missing patients having died due to disease progression. In the 22 patients who reached 18 months, no rapid kidney function deterioration was observed over the 18 months, aGFRL >33 % was not seen, and only three patients showed an increase of one toxicity grade and one patient an increase of two grades. No significant correlations between kidney volume (p = 0.35), baseline GFR (p = 0.18), risk factors for renal function loss (p = 0.74) and aGFRL were observed. Among the 28 patients who did not reach 18 months, one developed grade 4 kidney toxicity at 15 months after PRRT.

Prospective dosimetry using a 37 Gy BED as the threshold for kidney toxicity is a good guide for 90Y-DOTATOC PRRT and is associated with a low risk of rapid renal function deterioration and evolution to severe nephrotoxicity. 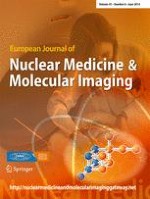