Uninsurance for young adults (YAs) was greatly reduced by the Affordable Care Act (ACA). However, reforms may not be equally beneficial for all YAs and certain policies may exacerbate, rather than resolve, pre-existing disparities.

A difference-in-differences estimator (controlling for sociodemographics) was used to determine the effects of the ACA for young adults (ages 19–25) compared to adolescents (ages 13–18) and older YA (ages 26–30) counterparts; triple-difference estimators quantified differential policy effects by sociodemographics.

While the ACA significantly impacted YA insurance coverage, these gains were not of equal magnitude for all YAs and disparities remain. As such, more work needs to be done to ensure optimal and equitable access to high-quality, affordable insurance for all YAs. 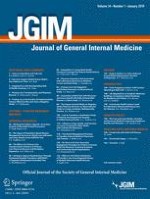 Influence of Age, Health, and Function on Cancer Screening in Older Adults with Limited Life Expectancy