Amyotrophic lateral sclerosis (ALS) is the most common neurodegenerative disease affecting motor neurons (MN). This fatal disease is characterized by progressive muscle wasting and lacks an effective treatment. ALS pathogenesis has not been elucidated yet. In a small proportion of ALS patients, the disease has a familial origin, related to mutations in specific genes, which directly result in MN degeneration. By contrast, the vast majority of cases are though to be sporadic, in which genes and environment interact leading to disease in genetically predisposed individuals. Lately, the role of the environment has gained relevance in this field and an extensive list of environmental conditions have been postulated to be involved in ALS. Among them, infectious agents, particularly viruses, have been suggested to play an important role in the pathogenesis of the disease. These agents could act by interacting with some crucial pathways in MN degeneration, such as gene processing, oxidative stress or neuroinflammation. In this article, we will review the main studies about the involvement of microorganisms in ALS, subsequently discussing their potential pathogenic effect and integrating them as another piece in the puzzle of ALS pathogenesis. 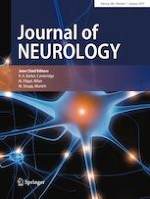 Stroke incidence in the young: evidence from a Norwegian register study