The relationship between physical activity and concentration has been the subject of research projects for years and is discussed very controversially. To date, there is no clear recommendation as to whether and how much exercise time should be incorporated into everyday school life in order to increase school performance. In this study, we examined the effect of a daily 10-minute physical activity break on children’s concentration in primary school children.

In all, four primary school classes participated; two classes received a 10-minute exercise programme per school day in accordance with the “school in movement” intervention. Over one school year, all students in the control and intervention group were tested with the concentration test “KT1” to quantify the ability to concentrate. Since the results showed no normal distribution, nonparametric tests were used to test for significant differences. All p-values were corrected for multiple testing.

The intervention group showed a higher concentration ability at 6 months (t2, p ≤ 0.05) and after one year (t3, end of school year; p ≤ 0.001). Furthermore, improvements within the group were seen between the first measurement (t1, after 3 months of the first half year) and the second time point t2, and also between the first and the third time points, with the scores of the intervention group showing a stronger increase.

The results confirm the positive correlation between physical activity and student concentration performance. This supports a regular introduction of exercise activities in primary schools for students to better concentrate, ultimately resulting in better school performance in primary school children. 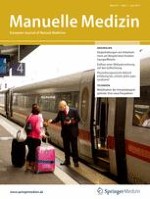