A total of 843 patients were included in this retrospective study and stratified in 4 groups: doublet therapy with cisplatin or oxaliplatin and 5-fluorouracil (groups A/B) or triplet therapy with additional epirubicin or taxane (groups C/D). The influence of the different neoadjuvant chemotherapy regimens on response, prognosis, and complications was assessed.

Clinical and pathological response were associated with longer overall survival (OS; p < 0.001). No significant differences regarding response or OS were found, but there was a trend toward better outcome in group D (taxane-containing triplet). In the subgroup of 669 patients with adenocarcinomas of the esophagogastric junction (AEG), patients who had received taxane-containing regimens had a significantly longer OS (p = 0.037), but taxane use was not an independent factor in multivariate analysis. Triple therapy with taxanes did not result in a higher complication rate or postoperative mortality.

Although no superior neoadjuvant chemotherapy regimen was identified for patients with esophagogastric adenocarcinoma, taxane-containing regimens should be further investigated in randomized trials, especially in patients with AEG tumors. 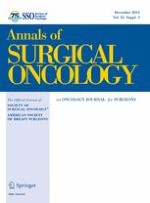