main-content
nach oben
Zurück zum Suchergebnis
​
print
Inhaltsverzeichnis
​
insite
Ausgabenarchiv
​
archive
​
insite
Drucken
​
print
» Jetzt Zugang zum Volltext erhalten
Wichtige Hinweise
Technical note A quota sample of adults of working age (aged 18 years to the official retirement age in each country) who have suffered from rheumatoid arthritis for 6 months and who suffer from morning stiffness as a result of their rheumatoid arthritis for three mornings a week was interviewed. Countries in which the survey was carried out are Belgium, Denmark, Finland, France, Germany, Italy, Norway, Poland, Spain, Sweden and the UK. Quota controls were set on gender (70 % female, 30 % male) to reflect the profile of this audience. Soft quotas were set on age (at least 25 % of sample 18–45 years old, at least 25 % 46–55 years old, at least 25 % 56—national retirement age) to ensure robust analysis could be conducted based on age. All interviews were carried out over the telephone between April 2011 and July 2011 by Ipsos MORI. Detailed analysis of the data was carried out at the University of Turku, Finland. If further technical details are required, please contact kamatt@utu.fi. For a copy of the exact question wording or more technical sampling details, please contact kamatt@utu.fi.

The objective of this study was to evaluate the influence of morning stiffness on productivity at work and to estimate the work-related economic consequences of morning stiffness among patients with RA-related morning stiffness in 11 European countries. The original sample comprised 1061 RA patients from 11 European countries (Belgium, Denmark, Finland, France, Germany, Italy, Norway, Poland, Spain, Sweden and UK). They had been diagnosed with RA and experience morning stiffness three or more times per week. Data were collected by interviews. Women comprised 77.9 % of the sample, the average age was 50.4 years, and 84.3 % had RA diagnosed for more than 2 years. Overall costs of RA-related morning stiffness was calculated to be 27,712€ per patient per year, varying from 4965€ in Spain to 66,706€ in Norway. On average, 96 % of the overall production losses were attributed to early retirement, with a markedly lower level (77 %) in Italy than in other countries (p < 0.0001). The proportion of patients who reported retirement due to morning stiffness and productivity losses due to late work arrivals and working while sick showed considerable variation across the countries represented in the study. Overall, the average annual cost of late arrivals (0.8 % of the total costs) was approximately half of the costs attributed to sick leave (1.7 %) and working while sick (1.5 %). Morning stiffness due to RA causes significant production losses and is a significant cost burden throughout Europe. There seem to be notable differences in the impact of morning stiffness on productivity between European countries. 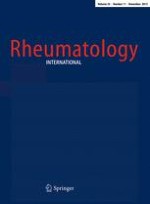 Exploring preferences for domain-specific goal management in patients with polyarthritis: what to do when an important goal becomes threatened?