The effect of veno-arterial extracorporeal membrane oxygenation (VA ECMO) on wall stress in patients with cardiomyopathy, myocarditis, or other cardiac conditions is unknown. We set out to determine the circumferential and meridional wall stress (WS) in patients with systemic left ventricles before and during VA ECMO. We established a cohort of patients with impaired myocardial function who underwent VA ECMO therapy from January 2000 to November 2013. Demographic and clinical data were collected and inotropic score calculated. Measurements were taken on echocardiograms prior to the initiation of VA ECMO and while on full-flow VA ECMO, in order to derive wall stress (circumferential and meridional), VCFc, ejection fraction, and fractional shortening. A post hoc sub-analysis was conducted, separating those with pulmonary hypertension (PH) and those with impaired systemic output. Thirty-three patients met inclusion criteria. The patients’ median age was 0.06 years (range 0–18.7). Eleven (33%) patients constituted the organ failure group (Gr2), while the remaining 22 (66%) patients survived to discharge (Gr1). WS and all other echocardiographic measures were not different when comparing patients before and during VA ECMO. Ejection and shortening fraction, WS, and VCFc were not statistically different comparing the survival and organ failure groups. The patients’ position on the VCFc–WS curve did not change after the initiation of VA ECMO. Those with PH had decreased WS as well as increased EF after ECMO initiation, while those with impaired systemic output showed no difference in those parameters with initiation of ECMO. The external workload on the myocardium as indicated by WS is unchanged by the institution of VA ECMO support. Furthermore, echocardiographic measures of cardiac function do not reflect the changes in ventricular performance inherent to VA ECMO support. These findings are informative for the interpretation of echocardiograms in the setting of VA ECMO. ECMO may improve ventricular mechanics in those with PH as the primary diagnosis. 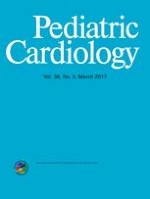