We evaluated the incidence of insulin-requiring diabetes in a rural area of sub-Saharan Africa.

Health surveillance data from a chronic disease programme in two zones of Ethiopia, Gondar and Jimma, were studied. The two zones have a population of more than 5,000,000 people.

The typical patient with diabetes in rural Ethiopia is an impoverished, young adult male with severe symptoms requiring insulin for glycaemic control. The low incidence rates in rural compared with urban areas suggest that many cases of this disease remain undiagnosed. The disease phenotype encountered in this area of Africa is very different from the classical type 1 diabetes seen in the West and most closely resembles previous descriptions of malnutrition-related diabetes, a category not recognised in the current WHO Diabetes Classification. We believe that the case for this condition should be reopened. 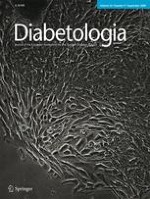 Is the thrifty genotype hypothesis supported by evidence based on confirmed type 2 diabetes- and obesity-susceptibility variants?