The online version of this article (doi:10.​1007/​s11695-016-2092-5) contains supplementary material, which is available to authorized users.
Christopher M. Mulla and Alessandra Storino contributed equally to this work.

Hypoglycemia is increasingly recognized as a complication of bariatric surgery. Typically, hypoglycemia does not appear immediately postoperatively, but rather more than 1 year later, and usually occurs 1–3 h after meals. While rare, insulinoma has been reported after bariatric surgery. Clinical factors which should raise suspicion for insulinoma and the need for comprehensive clinical and biochemical evaluation include hypoglycemia occurring in the fasting state, predating bariatric surgery, and/or worsening immediately postoperatively, and lack of response to conservative therapy. Localization and successful resection of insulinoma can be achieved using novel endoscopic ultrasound and surgical approaches. In summary, hypoglycemia presenting shortly after gastric bypass or with a dominant fasting pattern should be fully evaluated to exclude insulinoma. Additionally, evaluation prior to gastric bypass should include screening for history of hypoglycemia symptoms. 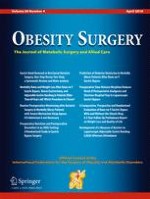