Using oddball stimulus with pure tones, researchers have extensively investigated stimulus-specific adaptation (SSA), which has been regarded as a method of novelty detection, from the inferior colliculus (IC) to the auditory cortex (AC). However, until now, it is not clear whether SSA is preserved for natural sounds or whether it exists for spatial cues in the AC. Moreover, it is also unclear whether SSA integrates different types of cues within a single modality such as sound location and sound identity. Here, we addressed these issues using two natural sounds presented at two different locations while simultaneously performing extracellular recordings in the AC of awake rats. Our data showed that SSA was present in the AC for the natural sounds, the pure tones, and the spatial locations in the neuronal population. We also found that the AC response to a double deviant stimulus (a deviant sound at a deviant location) was stronger than that to a single (either a deviant sound or the same sound at a deviant location); this finding suggests that detecting unexpected events benefits from the integration of different cues within the same modality. 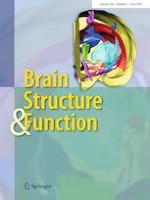 Controllable stress elicits circuit-specific patterns of prefrontal plasticity in males, but not females

Effects of neonatal ethanol on cerebral cortex development through adolescence