In this real-world, retrospective, comparative study we evaluated 6-month performance and safety in consecutive eyes following implantation of the iStent® or iStent inject® trabecular micro-bypass device with concomitant cataract surgery. 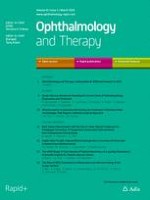 Ophthalmology and Therapy: Looking Back at 2018 and Forward to 2019