Attacks on peoples’ dignity help to produce and maintain stigmatization and interpersonal hostility. As part of an effort to develop innovative measures of possible pathways between structural interventions or socially-disruptive Big Events and HIV outbreaks, we developed items to measure dignity denial. These measures were administered to 300 people who inject drugs (PWID), 260 high-risk heterosexuals who do not inject drugs, and 191 men who have sex with men who do not inject drugs (MSM). All of the PWID and many of the high risk heterosexuals and MSM were referred to our study in 2012–2015 by a large New York city study that used respondent-driven sampling; the others were recruited by chain-referral. Members of all three key populations experienced attacks on their dignity fairly often and also reported frequently seeing others’ dignity being attacked. Relatives are major sources of dignity attacks. MSM were significantly more likely to report having their dignity attacked by police officers than were the other groups. 40 % or more of each key population reported that dignity attacks are followed “sometimes” or more often both by using more drugs and also by using more alcohol. Dignity attacks and their health effects require more research and creative interventions, some of which might take untraditional forms like social movements. 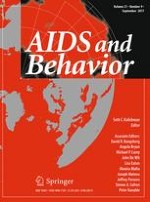 Contributions of Disease Severity, Psychosocial Factors, and Cognition to Behavioral Functioning in US Youth Perinatally Exposed to HIV