Recently, three tyrosine kinase inhibitors (TKIs) have become available for treatment of unresectable hepatocellular carcinoma (HCC). We herein report a case of a 59-year-old man with interstitial pneumonia that was suspected during regorafenib administration and was exacerbated by subsequent lenvatinib treatment for advanced HCC. After sorafenib was discontinued due to progressive HCC, regorafenib treatment was started. Progressive HCC was again noted and reticular shadows were suspected in both lower lung fields at 2 months after starting regorafenib administration. Subsequent treatment with lenvatinib obtained a partial response for HCC, but the reticular shadows became marked and dyspnea on effort emerged, followed by hypoxemia and an increased Krebs von den Lungen-6 (KL-6) value. Because we suspected acute interstitial pneumonia, due to these TKIs, intravenous pulse steroid therapy was started immediately after discontinuing lenvatinib. Within 1 week after starting steroid therapy, the patient’s respiratory condition and hypoxemia gradually began improving. No previous case of pulmonary interstitial changes that appeared in association with regorafenib administration for HCC and that were exacerbated by subsequent treatment with lenvatinib has been reported. This case emphasizes that it is necessary to observe the patient’s respiratory condition and to perform imaging examinations to monitor for adverse events during TKI treatment. 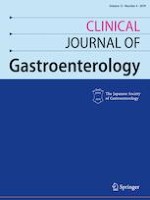