Invasive meningococcal disease in children in Greece: comparison of serogroup A disease with disease caused by other serogroups | springermedizin.de Skip to main content
TOOLBAR 1 2 3 4
SUCHE MENÜ 1 2 3 4

Although invasive meningococcal disease caused by serogroup A is not prevalent in developed countries, a considerable number of cases were recently recorded in Greece. In this study, serogroup A meningococcal disease was compared prospectively with meningococcal disease caused by other serogroups, using similar settings of testing and management during a 5-year period between 1999 and 2003. The Neisseria meningitidis serogroup was determined in 262 cases. Serogroup B predominated, accounting for 158 (60%) of the cases. Serogroup A was second most frequent (19%), followed by serogroups W135 (11%), C (8%), and Y (2%). No cases due to serogroup C were recorded during the last year of the study. Patients with serogroup A disease were older and had a milder course compared to patients infected with serogroups B or C. Toxic appearance, purpura, thrombocytopenia, abnormal coagulation tests, and the need for admission to the intensive care unit, fluid resuscitation, inotropic drugs, and mechanical ventilation were less common. Although morbidity and mortality were lower in these patients, the differences were not significant. Serogroup B is predominant in our area, and the introduction of an effective vaccine against it is a priority. Serogroup A has emerged as the second most common serogroup, but the illness associated with it is milder. 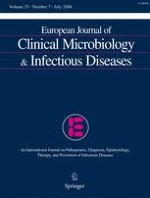 Attributable mortality of candidemia: a systematic review of matched cohort and case-control studies

Impact of age on clinical features and outcome of infective endocarditis