Involvement of herbal medicine as a cause of mesenteric phlebosclerosis: results from a large-scale nationwide survey | springermedizin.de Skip to main content
TOOLBAR 1 2 3 4
SUCHE MENÜ 1 2 3 4

Mesenteric phlebosclerosis (MP) is a rare disease characterized by venous calcification extending from the colonic wall to the mesentery, with chronic ischemic changes from venous return impairment in the intestine. It is an idiopathic disease, but increasing attention has been paid to the potential involvement of herbal medicine, or Kampo, in its etiology. Until now, there were scattered case reports, but no large-scale studies have been conducted to unravel the clinical characteristics and etiology of the disease. 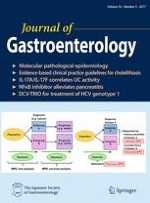