Endomyocardial biopsy (EMB) is a common procedure used to aid in the diagnosis, prognosis and treatment of suspected pediatric cardiomyopathy. In suspected cardiomyopathy, no multicenter experience has previously reported on the safety and utility of EMBs. Retrospectively, adverse event (AE) and patient and procedural characteristics were obtained at seven institutions participating in the Congenital Cardiac Catheterization Outcomes Project for both a cardiomyopathy (n = 158) and a post-transplant surveillance (n = 2665) cohort. Descriptive information regarding biopsy indication, pathology and clinical management based on EMB findings were retrospectively obtained. High-severity AEs were more common in the cardiomyopathy cohort when compared to the post-transplant surveillance cohort. The cardiomyopathy cohort was younger, more hemodynamically vulnerable and required more cardiorespiratory support during the procedure. The eight high-severity AEs in the cardiomyopathy group included one myocardial perforation, two ECMO cannulations and three deaths following the EMB. Factors associated with high-severity AEs included performing another catheter-based intervention during the EMB and longer fluoroscopy time. Notably, an increased number of biopsy attempts did not increase the risk of an AE. Suspected myocarditis was the most common indication. Diagnostic EMB pathology and thus alteration to clinical management based on pathology occurred more frequently in patients with suspected myocarditis. In conclusion, there is an increased incidence of high-severity AEs in patients undergoing EMB for suspected cardiomyopathy. EMB may be more clinically useful in the management of suspected myocarditis. The increased risk of high-severity AEs when additional interventions are performed highlights the hemodynamic vulnerability in patients with suspected cardiomyopathy. 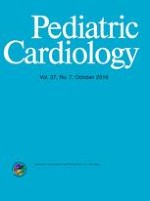