The use of mesh in ventral hernia repair is a commonly recognized procedure. An increasing number of studies indicate the need for mesh in the treatment of small umbilical hernias, which has been confirmed by recent guidelines [ 1]. Studies comparing the sutured repair and the mesh repair of small umbilical hernias indicate a significant reduction in recurrence following the use of synthetic material [ 2‐ 4]. Nevertheless, surgeons often still opt for sutured repair, particularly in cases of very small hernias [ 5‐ 7]. Therefore, there is doubt as to whether the uncritical use of mesh in all umbilical hernia cases is justified.
Analysis of the available literature reveals much ambiguity regarding the use of mesh in the repair of small umbilical hernias [ 8]. The use of 4.2-cm-diameter mesh was reported for the treatment of 2-cm-diameter hernias, which produced only a 1.15-cm margin; this margin is commonly considered to be insufficient for the safe management of the hernial orifice [ 9]. On the other hand, the use of ready-made patch-type mesh in the treatment of hernias as small as 0.5 cm in diameter has also been reported [ 10‐ 12]. It is impossible to introduce that type of mesh through such a small orifice, and yet no widening of the orifice was mentioned [ 13]. At the same time, in sutured repair analyses, no information is usually given regarding the method of suturing, e.g., continuous, interrupted, density, margin, absorption, direction, etc. [ 14‐ 16]. There is often no information regarding the accompanying diastasis recti [ 17]. All such methodological doubts make it difficult to assess how a hernia has been repaired and whether all methods of sutured repair offer similar results.
Anzeige
For this reason, this retrospective analysis was carried out to compare the results of patch repair using ready-made, synthetic mesh and sutured repair based on standard protocols. The cumulative recurrence rate was accepted as the primary outcome. Pain at rest and during exercise, cosmetic effect and treatment satisfaction were chosen as the secondary endpoints.

Qualifications in the study

The final decision on the choice of surgical method was made by the operating surgeon. Prior to surgery the patient signed an informed consent allowing the operating surgeon to decide on the type of repair performed depending on the intraoperative circumstances. The form has been prepared according to the recommendations of a national surgical society. In the absence of combination of additional risk factors, including obesity or overweight, diastasis recti, the presence of other hernias, diabetes, smoking, and a history of surgical interventions in the vicinity of the umbilicus, a subjective decision for sutured repair was usually made [ 18]. Sutured repair was also performed in the case of a very narrow hernial orifice (< 1 cm), associated with the need to make the orifice wider to accommodate the mesh.
Anzeige

All surgical procedures were performed under general anesthesia. Before the procedure, patients were given antibiotic prophylaxis, and the final choice of the surgical method was made by the surgeon during the course of the procedure. Drains were not used. No surgery involved widening of the hernial orifice.
An arched skin incision approximately 3–4 cm in length was made along the lower edge of the umbilicus. Then, the hernial sac was isolated and separated from the skin. The anterior lamella of the fascia was isolated and separated from subcutaneous adipose tissue over the radius of approximately 2 cm. In every case, the hernial sac was opened and its content was controlled. After the fascia was repaired, the subcutaneous tissue was sutured with transverse sutures cranially and caudally to the umbilicus, and the skin at the bottom of the umbilicus was anchored with a single suture to the fascia, thus recreating the bowl shape of the umbilicus.

After dissecting the edges of the fascia, continuous sutures with prolonged absorption characteristics (MonoMax 0 or MonoPlus 0; B. Braun) were used. The fascia was sutured longitudinally, starting from the suture line 10 mm above the hernial orifice and ending it at the same distance below the orifice. Single-layer sutures were placed using the short-stitch technique, with a lateral margin of 5–7 mm and a distance of 4–6 mm between subsequent needle passages.

Mesh repair involved the use of the 6.3-cm-diameter Parietene Ventral Patch ( Medtronic). As this polyester mesh is coated with collagen as the anti-adhesive layer, it may be placed intraperitoneally. Intraperitoneal mesh placement was used for all patients enrolled in the study who underwent mesh repair. Before mesh placement, the possible presence of intraperitoneal adhesions around the hernial orifice was controlled, and any adhesions present were excised. In patients with a thickened and rigid umbilical or sickle fold, the fold was separated from the linea alba to obtain a flat surface for mesh adherence. The mesh was equipped with two semicircular, rigid rings to facilitate its positioning. Four poles of the mesh were fixed to the fascia with single nonabsorbable sutures (Optilene 0; B. Braun). Then, the fascia was sutured using the same technique as that described for the sutured repair technique.

All operated patients provided information on their treatment through a phone questionnaire. Recurrence was the primary outcome. Patients reporting existing or suspected recurrence were additionally examined by an experienced surgeon and underwent a supplementary ultrasound examination. The presence of pain, determined according to the verbal rating scale (VRS; none 1; mild 2; moderate 3; severe 4), the cosmetic effect, and satisfaction with the received treatment were the secondary outcomes. Additionally, sex, BMI, the duration of the surgical procedure and the presence of postsurgical complications were determined based on medical files.

The characteristics of the patients are given in Table 1. In all, 197 patients were operated on during the analyzed 4-year period, and 161 patients (57 underwent sutured repair and 104 underwent patch repair) who responded to the questionnaire (response ratio: 86%) were included in the study. A total of 26 patients were excluded as they were lost to follow-up (Fig.  1). The mean postsurgical follow-up period was 22 months (range 1–49 months).
Table 1
Patient characteristics
Statistically significant difference with the p value of < 0.05 are marked in bold
×

For the smallest umbilical hernias, the use of dense fascia suturing based on the assumptions of the short-stitch technique may be an effective alternative to patch repair techniques in patients with no additional risk factors for recurrence. The mesh patch repair method is associated with a significantly higher risk of postsurgical pain. Diastasis recti is a factor favoring umbilical hernia recurrence after both pure tissue repair and patch repair.

All other authors declare that they have no conflict of interest.

This article does not contain any studies with human participants or animals performed by any of the authors.

The project only involved analysis of existing de-identified data, so informed consent was waived.
Open AccessThis article is licensed under a Creative Commons Attribution 4.0 International License, which permits use, sharing, adaptation, distribution and reproduction in any medium or format, as long as you give appropriate credit to the original author(s) and the source, provide a link to the Creative Commons licence, and indicate if changes were made. The images or other third party material in this article are included in the article's Creative Commons licence, unless indicated otherwise in a credit line to the material. If material is not included in the article's Creative Commons licence and your intended use is not permitted by statutory regulation or exceeds the permitted use, you will need to obtain permission directly from the copyright holder. To view a copy of this licence, visit http://​creativecommons.​org/​licenses/​by/​4.​0/​. 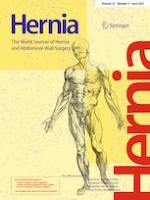