A retrospective review was performed of the records of all patients who underwent upper endoscopy and were found to have esophagitis graded using the LA system and who had pH monitoring from 2014 to 2016. An abnormal pH test was determined based on the DeMeester score.

The presence of LA C or D esophagitis was always associated with increased esophageal acid exposure on pH testing and is proof of reflux disease. However, pH testing is recommended prior to antireflux surgery in patients with LA A or B esophagitis. 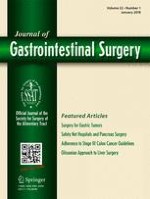 Epithelioid Angiomyolipoma of the Liver