Caffeine is a well-established performance enhancing nutritional supplement in a young healthy population, however far less is known about how its ergogenicity is affected by increasing age. A recent review has highlighted the value of studies examining the direct effect of caffeine on isolated skeletal muscle contractility, but the present work is the first to assess the direct effect of 70μM caffeine (physiological maximum) on the maximal power output of isolated mammalian muscle from an age range representing developmental to early ageing.

Female CD1 mice were aged to 3, 10, 30 and 50 weeks (n = 20 in each case) and either whole EDL or a section of the diaphragm was isolated and maximal power output determined using the work loop technique. Once contractile performance was maximised, each muscle preparation was treated with 70μM caffeine and its contractile performance was measured for a further 60 minutes.

Uniquely, the present findings indicate a reduced age specific sensitivity to the performance enhancing effect of caffeine in developmental and aged mice which is likely to be attributed to age related muscle growth and degradation, respectively. Importantly, the findings indicate that caffeine may still provide a substantial ergogenic aid in older populations which could prove important for improving functional capacity in tasks of daily living.

Titel
Is the ergogenicity of caffeine affected by increasing age? The direct effect of a physiological concentration of caffeine on the power output of maximally stimulated edl and diaphragm muscle isolated from the mouse
Autoren:
Jason Tallis
R. S. James
V. M. Cox
M. J. Duncan 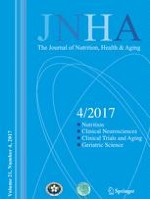 Joint association of obesity and hypertension with disability in the elderly—A community-based study of residents in Shanghai, China

Anticholinergic burden and functional status in older people with cognitive impairment: Results from the ReGAl project