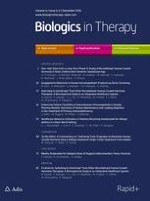 To the Editor; A Commentary on “Switching From Originator to Biosimilar Human Growth Hormone Using a Dialogue Teamwork: Single-Center Experience From Sweden”

Switching to Omnitrope® from Other Recombinant Human Growth Hormone Therapies: A Retrospective Study in an Integrated Healthcare System