An ileostomy is usually created to avert systemic sepsis in a patient with a tenuous anastomosis. However, what is often not reported are the numerous issues facing these patients subsequently, ranging from readmissions, non-reversal of the stoma, and complications from the closure. This study was performed to identify these issues among patients following creation of an ileostomy.

We conducted a retrospective analysis of consecutive patients who had an ileostomy created from January 2011 to December 2016 at two institutions. Statistical analysis was performed to identify risk factors associated with readmissions and ileostomy non-reversal.

In total, 193 patients had an ileostomy created during the study period. Twenty-six (13.5%) patients developed stoma-related complications requiring readmission. The most common cause of readmission (9.3%) was due to dehydration and acute kidney injury secondary to high stoma output. One hundred thirty (67.4%) patients had their ileostomy reversed. On multivariate analysis, only stomas created during an ultra-low anterior resection were associated with reversal (OR 2.88 [95% CI, 1.24–6.68]; p = 0.014). Among the patients who underwent ileostomy reversal, seven (3.6%) patients developed complications from their ileostomy reversal. Four patients (2.1%) suffered from an anastomotic leak which required repeat surgical intervention with one mortality from the ensuing sepsis.

Almost half of the patients who had an Ileostomy had an undesirable outcome, including readmissions, non-reversal, and post-operative complications following closure. Patients need to be properly counselled about the risks involved prior to the index operation. 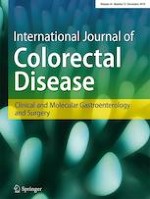 Skin bridge loop stoma: outcome in 45 patients in comparison with stoma made on a plastic rod