To quantify the influence of ALL lesions on static and dynamic laxity in ACL-deficient knee.

The study was performed in 10 fresh-frozen knees. The joints were analysed in the following conditions: intact, ACL resection and ACL + ALL resection. Testing parameters were defined as: anterior displacement at 30° and 90° of flexion (AP30, AP90) applying a manual-maximum load; internal rotation at 30° and 90° of flexion (INT30, INT90) applying a 5 N m torque and internal rotation and acceleration during manual pivot-shift (PS) test. Kinematics was acquired by a navigation system; a testing rig and a torquemeter were used to control the limb position and the applied torque. Paired Student’s t test was conducted to assess statistical difference, and significance was set at P < 0.05.

The ALL plays a significant role in controlling static internal rotation and acceleration during PS test. On the other hand, ALL resection did not produce any significant change in terms of anterior displacement. A trend was seen for the internal rotation during the pivot-shift test to increase after ALL resection was higher when compared to the intact and isolated ACL lesion states; however, the differences were not significant. The results highlight the clinical relevance of this structure that should be assessed before an ACL reconstruction in order to avoid residual laxity. 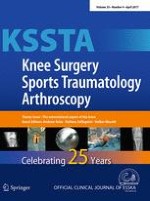 Function and strain of the anterolateral ligament part I: biomechanical analysis