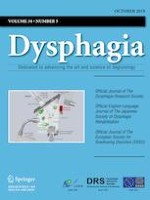 Hypopharyngeal Diverticulum: Toward a Unified Understanding of Its Etiopathogenesis