The online version of this article (https://​doi.​org/​10.​1007/​s10545-018-0243-7) contains supplementary material, which is available to authorized users.
Claudio Semplicini and Pascaline Letard contributed equally to this work.

Pompe disease (PD) is caused by a deficiency of lysosomal acid α-glucosidase resulting from mutations in the GAA gene. The clinical spectrum ranges from a rapidly fatal multisystemic disorder (classic PD, onset < 1 year) to a milder adult onset myopathy. The aims of this study were to characterize the GAA mutations, to establish the disease epidemiology, and to identify potential genotype-phenotype correlations in French late-onset PD patients (onset ≥ 2 years) diagnosed since the 1970s. Data were collected from the two main laboratories involved in PD diagnosis and from the French Pompe registry. Two hundred forty-six patients (130 females and 116 males) were included, with a mean age at diagnosis of 43 years. Eighty-three different mutations were identified in the GAA gene, among which 28 were novel. These variants were spread all over the sequence and included 42 missense (one affecting start codon), 8 nonsense, 15 frameshift, 14 splice mutations, 3 small in-frame deletions, and one large deletion. The common c.-32-13T>G mutation was detected in 151/170 index cases. Other frequent mutations included the exon 18 deletion, the c.525del, and the missense mutations c.1927G>A (p.Gly643Arg) and c.655G>A (p.Gly219Arg). Patients carrying the c.-32-13T>G mutation had an older mean age at onset than patients non-exhibiting this mutation (36 versus 25 years). Patients with the same genotype had a highly variable age at onset. We estimated the frequency of late-onset PD in France around 1/69,927 newborns. In conclusion, we characterized the French cohort of late-onset PD patients through a nationwide study covering more than 40 years. 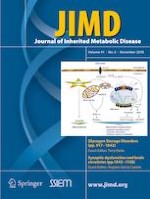