main-content
nach oben
Zurück zum Suchergebnis
​
print
Inhaltsverzeichnis
​
insite
Ausgabenarchiv
​
archive
​
insite
Drucken
​
print
» Jetzt Zugang zum Volltext erhalten
Wichtige Hinweise
One or more of the authors (EBL) has received funding from National Center for Advancing Translational Sciences, National Institutes of Health, Grant UL1 TR000127.
All ICMJE Conflict of Interest Forms for authors and Clinical Orthopaedics and Related Research ® editors and board members are on file with the publication and can be viewed on request. Each author certifies that his or her institution approved the human protocol for this investigation, that all investigations were conducted in conformity with ethical principles of research, and that informed consent for participation in the study was obtained.
This work was performed at Penn State Hershey Medical Center, Hershey, PA, USA.
A comment to this article is available at http://​dx.​doi.​org/​10.​1007/​s11999-017-5235-7.

Accidents with lawnmowers can cause mutilating injuries to children. Safety guidelines regarding the use of lawnmowers were promoted by professional organizations beginning in 2001. The Pennsylvania Trauma Systems Foundation maintains a database including all admissions to accredited Levels 1 to 4 trauma centers in the state. The annual rates of admission for children in our state and the severity of injuries subsequent to introduction of safety guidelines have not been reported, to our knowledge. Ride-on lawnmowers have been associated with more severe injuries in children.

This was a retrospective study using a statewide trauma registry. We queried the Pennsylvania Trauma Outcome Study database for children 0 to 17 years old admitted to trauma centers in Pennsylvania between January 2002 and January 2014 with injuries resulting from lawnmower-related accidents. All accredited Levels 1 to 4 trauma centers in the state are required to submit their data to the Pennsylvania Trauma Systems Foundation which maintains the Pennsylvania Trauma Outcome Study database. Demographic information, Injury Severity Scores, International Classification of Diseases procedure codes, and injury location codes were recorded. Type of lawnmower was determined from the narratives and was identified in 60% (119/199) of patients. Traumatic and surgical amputations performed during the index hospitalization were included in the analysis. Information on later surgeries was not available. Subjects were stratified by age: 0 to 6, 7 to 12, and 13 to 17 years old.

The incidence of serious injuries to children owing to lawnmower-related trauma did not change during the 12-year study period. If children younger than 6 years had not been near the lawnmower and those younger than 12 years had not been operating one, at least 69% of the accidents might have been prevented. We recommend annual publicity campaigns during spring to remind the public of the dangers of lawnmowers to children. 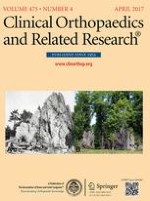 Not the Last Word: Unnecessary Surgery Can Never Be Done Well

Erratum to: What MRI Findings Predict Failure 10 Years After Surgery for Femoroacetabular Impingement?

Gendered Innovations in Orthopaedic Science: Show Me the Money