Cross-sectional studies suggest many people are unaware that cancer risk increases with age, but this misbelief has rarely been studied prospectively, nor are its moderators known.

To assess whether people recognize that cancer risk increases with age and whether beliefs differ according to gender, education, smoking status, and family history of cancer.

First, items from the cross-sectional Health Information National Trends Survey (n = 2069) were analyzed to examine the association of age and perceived cancer risk. Second, the prospective National Survey of Midlife Development in the United States (n = 3896) was used to assess whether perceived cancer risk changes over a decade. Third, beliefs about the age at which cancer occurs were analyzed using the US Awareness and Beliefs about Cancer survey (n = 1080). As a comparator, perceived risk of heart disease was also examined.

Data from three national surveys indicated that people are unaware that age is a risk factor for cancer. Moreover, those who were least aware perceived the highest risk of cancer regardless of age. 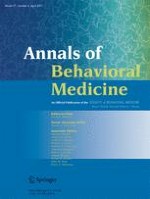 Hemodynamic Profiles of Functional and Dysfunctional Forms of Repetitive Thinking

A Comparison of Deceptive and Non-Deceptive Placebo Analgesia: Efficacy and Ethical Consequences