The online version of this article (https://​doi.​org/​10.​1007/​s00394-018-1803-1) contains supplementary material, which is available to authorized users.
Silvia Giuliani and Verena Barbieri contributed equally and should be considered first authors.

74,235 serum 25(OH)D results generated under routine conditions between 2015 and 2016 were extracted from the laboratory information system of the Department of Clinical Pathology at Bolzano Hospital (Italy). In 3801 cases, parathyroid hormone (PTH) was requested in parallel. Serum 25(OH)D was measured by a NIST-972 aligned commercial LC–MS/MS method. The distribution of serum 25(OH)D concentrations in males and females of different age groups, the prevalence of 25(OH)D2 and seasonal variability were studied.

Average serum 25(OH)D in South Tyrol is higher than in other parts of Europe. 25(OH)D and PTH show a continuous inverse relationship. Seasonal variation of serum 25(OH)D is an important aspect in young and middle-aged adults, but becomes less relevant in elderly subjects. 25(OH)D2 is of minor practical importance in South Tyrol. 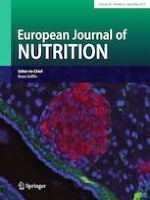 Metabolite profiles evaluated, according to sex, do not predict resting energy expenditure and lean body mass in healthy non-obese subjects

Reply to the Letter: Increased bioavailability of plasma polyphenols via the intestinal fermentation of soybean fibers: a role for gut microbiome?