Arterial hypertension (AH) and diabetes mellitus (DM) are the most common causes of heart deterioration because of their high prevalence in the population. The aim of this study was to evaluate peak left atrial (LA), longitudinal strain (PALS), left ventricular (LV), longitudinal  strain (LS) and global atrial-ventricular strain (GAVS), by speckle-tracking echocardiography (STE), in asymptomatic patients with AH or/and DM and normal LA, LV size and ejection fraction (EF), to analyze their capability to detect early subclinical dysfunction. We enrolled 162 patients affected by AH and/or DM with normal indexed LA volume, LV end-diastolic diameter and a LVEF > 52% (females) or > 54% (males) (60 hypertensives, 52 diabetics and 50 both) and 60 healthy controls. All subjects underwent standard and advanced STE. PALS, LS and GAVS were measured. GAVS was calculated as the algebraic sum of absolute PALS and LS values in four- and two-chambers views. LS, although with lower values in hypertensives, diabetics and both, did not show significant differences between groups. PALS and GAVS were significantly reduced in AH (31.9 ± 10.3% and 49.7 ± 11.2%, respectively) and DM (26.2 ± 7.1% and 42.6 ± 9.8%) compared to controls, and even more if the two coexisted (20.4 ± 6.5% and 37.1 ± 8.4%). PALS had the highest statistical significance and was able to identify subclinical damage independently from LS value. PALS was reduced in patients with AH and/or DM without alteration of standard echo indexes. The value of PALS was independent from LS and was sufficient to identify heart dysfunction in an earlier stage. 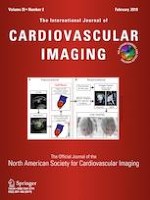 How should we determine normal echocardiographic right ventricle function reference values in pediatrics?