The light cupula is a condition wherein the cupula of the semicircular canal has a lower specific gravity than its surrounding endolymph. It is characterized by a persistent geotropic direction-changing positional nystagmus in the supine head-roll test, and the identification of a null plane with slight head-turning to either side. 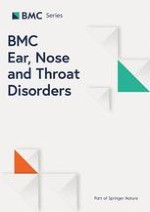 A study protocol for a cluster randomised trial for the prevention of chronic suppurative otitis media in children in Jumla, Nepal