Local sleep and wakefulness—the concept and its potential for the understanding and treatment of insomnia disorder | springermedizin.de Skip to main content
TOOLBAR 1 2 3 4
SUCHE MENÜ 1 2 3 4

In ancient mythology, sleep was often regarded as an inactive state, close to death. Research in the past century has, however, demonstrated that the brain is highly active and oscillates through well-defined stages during sleep. Yet it is only over the past decade that accumulating evidence has shown that sleep and wake processes can occur simultaneously, localized in distinct areas of the brain. The aim of this article is to review relevant aspects of the shift from global to local concepts of sleep–wake regulation and to further translate this perspective to the clinical problem of insomnia. Animal and human studies show that local wake-like activations (‘islands of wakefulness’) can occur during both major sleep stages, i.e. non-rapid eye movement (NREM) and rapid eye movement (REM) sleep. Preliminary evidence suggests that higher levels of local wake-like activity, not captured in standard polysomnographic recordings, might underlie the perception of disrupted sleep or even wakefulness during polysomnographic epochs of sleep in patients with chronic insomnia. To further decipher the neural mechanisms, advanced techniques of high-density electroencephalography (hdEEG) and non-invasive brain stimulation techniques can be applied. Furthermore translating the concept of local sleep and wakefulness to the prevalent health problem of chronic insomnia might help to reduce the current mismatch between subjective sleep–wake perception and standard recordings, and might inform the development of new treatments. 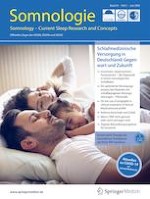