Infantile spasms syndrome is an epileptic encephalopathy in which prompt diagnosis and treatment initiation are critical to therapeutic response. Diagnosis of the disease heavily depends on the identification of characteristic electroencephalographic (EEG) patterns, including hypsarrhythmia. However, visual assessment of the presence and characteristics of hypsarrhythmia is challenging because multiple variants of the pattern exist, leading to poor inter-rater reliability. We investigated whether a quantitative measurement of the control of neural synchrony in the EEGs of infantile spasms patients could be used to reliably distinguish the presence of hypsarrhythmia and indicate successful treatment outcomes. We used autocorrelation and Detrended Fluctuation Analysis (DFA) to measure the strength of long-range temporal correlations in 21 infantile spasms patients before and after treatment and 21 control subjects. The strength of long-range temporal correlations was significantly lower in patients with hypsarrhythmia than control patients, indicating decreased control of neural synchrony. There was no difference between patients without hypsarrhythmia and control patients. Further, the presence of hypsarrhythmia could be classified based on the DFA exponent and intercept with 92% accuracy using a support vector machine. Successful treatment was marked by a larger increase in the DFA exponent compared to those in which spasms persisted. These results suggest that the strength of long-range temporal correlations is a marker of pathological cortical activity that correlates with treatment response. Combined with current clinical measures, this quantitative tool has the potential to aid objective identification of hypsarrhythmia and assessment of treatment efficacy to inform clinical decision-making. 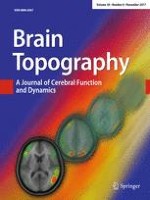