We previously reported that Chungkookjang (CKJ), fermented unsalted soybeans, exhibited better anti-diabetic action than cooked soybeans (CSB) in vitro, but its effectiveness and mechanism have not been studied in vivo.

The Px rats weighing 201 ± 12 g were divided into four groups and fed for 8 weeks with a CSB diet, a CKJ diet, a casein diet, or a casein diet plus rosiglitazone (20 mg/kg body weight/day). With the exception of protein sources and contents of isoflavonoid aglycones and glycosides, the composition of the diets was made identical by adding soybean oil and cellulose to a casein diet. At the end of the experimental periods, hyperglycemic clamp was performed in conscious, unstressed and overnight fasted Px rats to measure insulin secretion capacity. Insulin/IGF-1 signaling was measured by immunoblotting in isolated islets from the treated rats, and β-cell mass, proliferation and apoptosis were also determined by immunohistochemistry.

After 8-week administration, CSB did not modulate glucose-stimulated insulin secretion, but surprisingly, CKJ enhanced insulin secretion. In addition, CKJ potentiated insulin/IGF-1 signaling in islets via the induction of insulin receptor substrate-2 expression, leading to increasing pancreatic duodenal homeobox-1, insulin promoter transcription factor. In parallel with the enhancement of the signaling, CKJ elevated pancreatic β-cell hyperplasia by increasing its proliferation and decreasing apoptosis, whereas CSB did not.

Based on these results, the fermentation of soybeans predominantly with Bacillus subtilis generated isoflavonoid aglycones and small peptides, which improved insulinotropic action in islets of type 2 diabetic rats. Overall, the anti-diabetic action of CKJ was superior to CSB in type 2 diabetic rats. 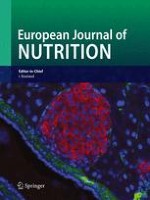 Estimation of the metabolizable energy equivalence of dietary proteins