The literature on interaction between pregnancy and inflammatory bowel disease (IBD) is inconsistent, and there are no reports on this aspect from Asia. This study evaluated the impact both IBD and pregnancy have on each other in a large cohort of Indian patients.

In total, 514 females with ulcerative colitis (UC) or Crohn’s disease (CD) aged between 18 and 45 years attending IBD clinic, at our institute, from July 2004 to July 2013 were screened, and patients with data on pregnancy status were included (n = 406). Pregnancies were categorized as either before, after or coinciding with disease onset. Long-term disease course was ascertained from prospectively maintained records. Pregnancy and fetal outcomes were recorded from antenatal records or individual interviews. 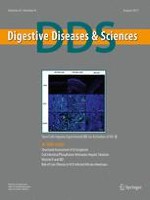 Patient-Reported Outcome Measures in Routine Clinical Care: The PROMise of a Better Future?

Pursuing a Gastroenterology Fellowship as a Foreign Medical Graduate