This was a retrospective analysis of a prospective national registry of patients who underwent PMCS in 2008.

The surgical incidence and mortality rate of PMCS complicated with SBO were elevated. Laparoscopy clearly reduced long-term postoperative mortality in patients with and without abdominal adhesions. 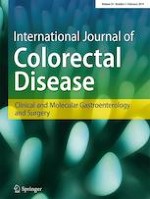 Risk factors for ileus after hip and knee arthroplasty

Risk of delayed bleeding after hemorrhoidectomy