This study has aimed to evaluate the effects of surgery on physical activity (PA), quality of life (QoL), and disease-specific health status, by analyzing the differences between sphincter-preserving surgery (low anterior resection (LAR)) and abdominoperineal resection (APR) among rectal cancer survivors.

Individuals who were diagnosed with rectal cancer and who underwent an APR or a LAR between 2000 and 2009 were included. The different questionnaires on QoL, disease-specific health status, and physical activity began their surveys in 2010. Differences in QoL, health status, and physical activity were analyzed between the APR group and the LAR group.

The study included 905 rectal cancer survivors (LAR, 632; APR, 273). Besides a higher rate of radiotherapy treatment in the APR group (94% vs. 75%, p < 0.001), there were no differences in clinical characteristics or in comorbid conditions between the LAR group and APR group. No significant differences were found in PA level between the patients who had undergone an APR vs. a LAR. Regarding QoL, APR patients did report a worse physical (p = 0.009) and role functioning (p = 0.03), as well as a worse body image (p = 0.001), compared to patients who had undergone a LAR. However, they reported fewer constipation (p = 0.02) and gastrointestinal problems (p = 0.009). Finally, compared to patients who had undergone a LAR with a permanent ostomy, APR patients reported a better body image (p = 0.048) and less stoma-related problems (p = 0.001).

This study showed no differences in PA level among the patients who had undergone an APR versus a LAR. With respect to their QoL, their physical and role functioning seemed to be worse in the APR patients. However, these differences in outcomes resolved when comparing the APR group with patients after a LAR with a permanent ostomy. 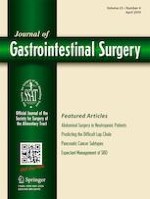