No significant differences were observed in survival outcomes between patients with IBTR who underwent repeat lumpectomy or total mastectomy. Our results can be helpful in selecting the appropriate surgical method for IBTR. 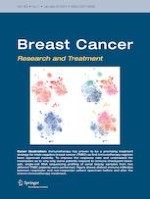 Body mass index (BMI) and benefit from adjuvant chemotherapy in breast cancer: is it enough?