While there is a consensus that pelvic incidence (PI) remains constant after skeletal maturity, recent reports argue that PI increases after 60 years. This study aims to investigate whether PI increases with age and to determine potential associated factors.

1510 patients with various spinal degenerative and deformity pathologies were enrolled, along with an additional 115 asymptomatic volunteers. Subjects were divided into six age subgroups with 10-year intervals.

PI is higher in female patients and in older patients, especially those over 45 years old. Spinal malalignment also may have a role in increased PI due to increased L5–S1 bending moment. 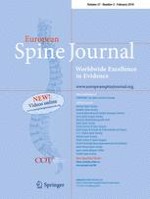 Prevalence of idiopathic scoliosis in anorexia nervosa patients: results from a cross-sectional study