The purpose of this study is to compare the evolution of risky factors related to HIV infection among Male Sex Workers (MSW) in Spain between 2010 and 2015. Participants were 180 MSW: 100 in 2010 and 80 in 2015. Socio-demographic characteristics, condom use with clients and personal partners, and other aspects about HIV infection were explored (serostatus, HIV information, perceived risk and fear, and drug use). The proportion of Spanish MSW (nonimmigrants) (5.5 vs. 62.5 %), educational level (19.8 vs. 40.5 % reported university degree), and the percentage of self-identified as bisexual (20.2 vs. 55.8 %) increased in 2015, whereas the percentage of MSW who self-identified as sex workers (62 vs. 25.8 %) decreased. The percentage of condom use has decreased during oral sex (76.8 vs. 35.5 %), vaginal sex (97.6 vs. 50.7 %) and insertive (99.6 vs. 92.2 %) and receptive (99.7 vs. 93 %) anal sex. The proportion of MSW living with HIV climbed from 1.1 to 13.6 %. The possible influence of economic crisis over MSW’s profile changes in the 5-year period, and the necessity of more efficient health strategies based on culture and sexual orientation are discussed. The evolution observed indicates that this population is still at high risk for HIV and STI, therefore governmental resources have to be increased due the consequences among MSW and general society. 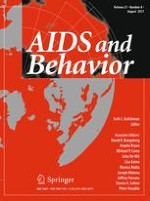 Associations of HIV Testing, Sexual Risk and Access to Prevention Among Female Sex Workers in the Dominican Republic